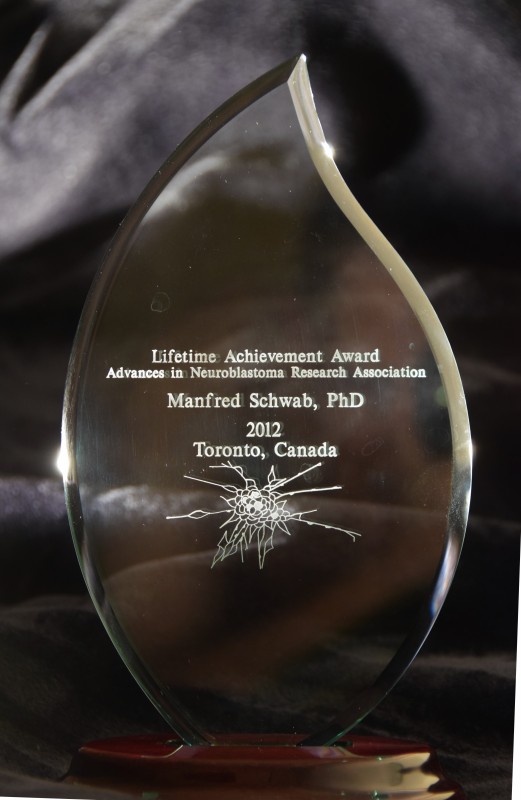 The Advances in Neuroblastoma Research Association (ANRA) was formed early in the 21st century, and international neuroblastoma research meetings continued to be held every two years, alternating between Europe, the Americas and Asia. By 2012 the ANRA became fully formed and the ANRA decided to award in conjuction with the ANR meeting (held every two years) a Lifetime Achievement Award in Neuroblastoma Research. For the Advances in Neuroblastoma Research-2012 meeting in Toronto the lifetime achievement award was bestowed on Dr. Manfred Schwab. Manfred was responsible for the initial discovery of the MYCN oncogene in 1983, investigating mechanisms and significance of MYCN amplification, elucidating the role of N-myc protein in neuroblastoma pathogenesis, and characterizing deletions of 1p in neuroblastoma. Manfred was also recognized for being instrumental in the international nature of the ANRA as it exists today. Manfred was also honored at the traditional ANR meeting gala dinner.