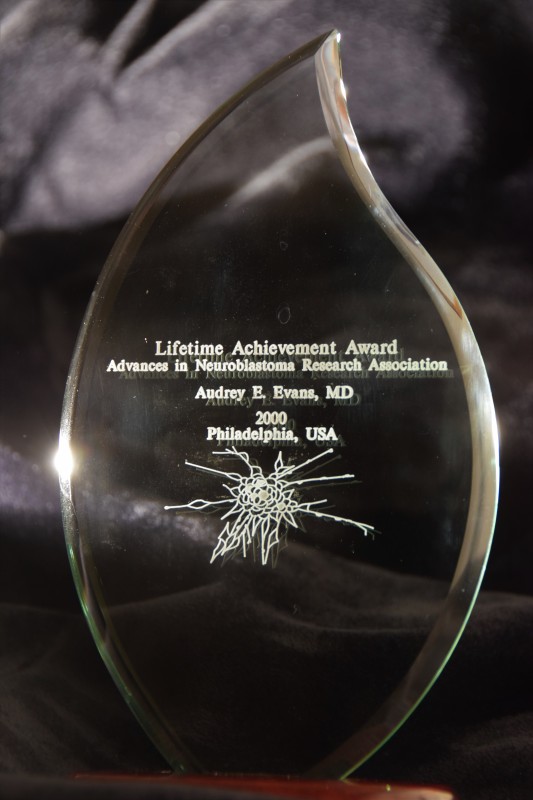 In 1975, Dr. Audrey Evans hosted the first ever Advances in Neuroblastoma Research meeting at the Children's Hospital of Philadelphia. Audrey had already contributed significantly to the field of neuroblastoma research, including the formulation of the first ever neuroblastoma staging system. She and her co-worker Giulio D'Angio also brought attention to the phenomenon of spontaneous regression of neuroblastoma in infants, especially those with a special pattern of dissemination restricted to liver, skin, and bone marrow, known as stage IVS. Audrey continued to host Neuroblastoma Research meetings in Philadelphia every few years, and she continued to make seminal contributions to this enigmatic disease, elucidating its natural history, advancing therapy and improving outcome. Audrey was affectionately known by many as the "mother" of neuroblastoma research, in part because she was responsible for training or inspiring many in the field.