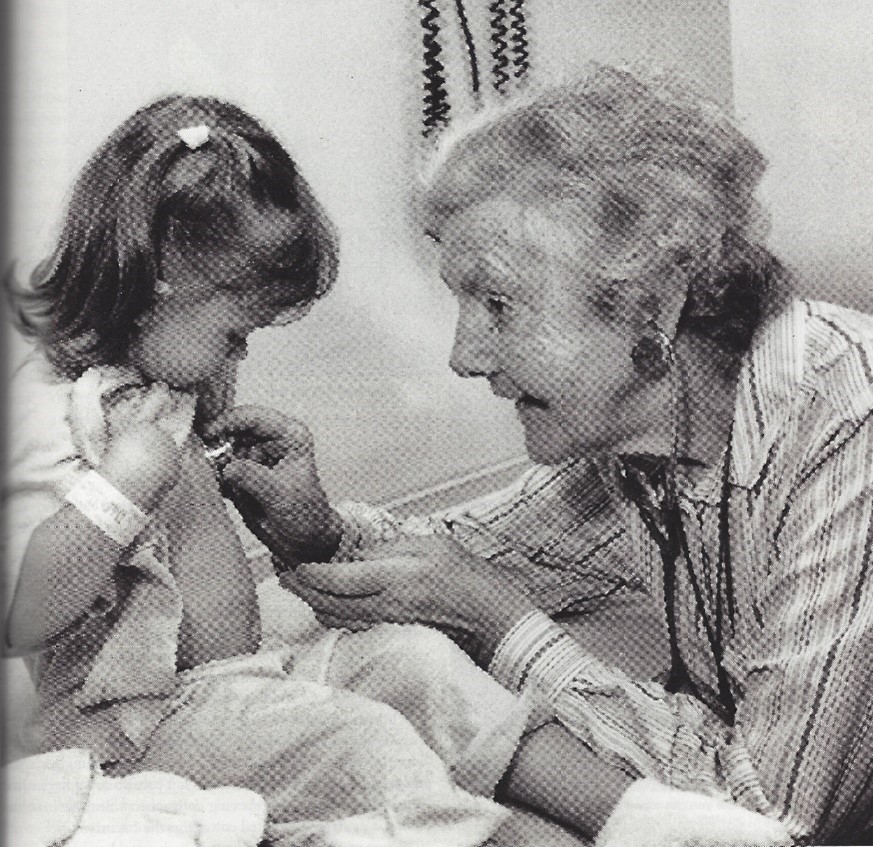 Dr. Audrey E. Evans, emeritus Professor of Pediatrics at the University of Pennsylvania and the first Chief of the Division of Oncology at the Children’s Hospital of Philadelphia (CHOP), died peacefully at her home on September 29, 2022, surrounded by loved ones at the age of 97. She will be remembered for her groundbreaking leadership in developing new treatments for children with cancer and for establishing the Philadelphia Ronald McDonald House as a home away from home for families whose children are being treated for serious illnesses. The original House in Philadelphia has served as the model for the now 375 Homes around the world today.

Audrey E. Evans was born March 6, 1925, in York, England, the second of three children. Audrey developed a passion for horses and equestrian pursuits early in life that she carried with her well into her seventies. After receiving her medical training at the University of Edinburgh in Scotland, she came to the U.S. in the early 1950’s on a Fulbright scholarship. She trained with Dr. Sydney Farber and was on the frontline of the first successful treatments of human cancer with chemotherapy. During these early years in Boston, Baltimore and Chicago, Dr. Evans, formed her lifelong commitment to the problem of childhood cancer, and dedicated her career to not only improving cure rates, but also to do so with a focus on quality of life during and after treatment. She was a trailblazer and serves as a role model for several generations of pediatric oncologists. Her holistic view of how serious illness impacts not just the patient, but the entire family has influenced the approach to children with cancer of countless childhood cancer health care professionals. “A sick child is a sick family”, she would often say.

Dr. Evans was recruited to the Children’s Hospital of Philadelphia (CHOP) in 1969 by future Surgeon General C. Everett Koop to be the first Director and Chief of the Division of Oncology. This was immediately followed by a dizzying array of seminal achievements. She was the first to develop a neuroblastoma staging system, and the fundamental aspects of the system remain in clinical use today. She was the first to describe, along with late husband Dr. Giulio (Dan) D’Angio, the amazing phenomena of spontaneous regression of widely disseminated neuroblastoma that she dubbed “4S disease” (S = special). She oversaw enormous growth of the Division of Oncology at CHOP, and trained dozens of eventual leaders in the field. In addition, Dr. Evans was key to the formation of the first childhood cancer cooperative groups and led many of the early seminal studies. These efforts led to dramatically increased cure rates in a variety of childhood cancer, as well as establishing the infrastructure for all of the advancements made since. Her legacy in the field of pediatric oncology is unparalleled.

Dr. Evans was one of the first to recognize the importance of the nursing, psychology, and social work disciplines to the care of children with cancer. She recruited individuals in these fields well before her peers, and current rich collaborative programs with these disciplines in oncology are due to Dr. Evans’ pioneering efforts.

Faced with the problems associated with a growing cancer program at CHOP, namely, how to care for the child and their families, in 1974 Dr. Evans co-founded with Philadelphia Eagles General Manager Jimmy Murray the original Ronald McDonald House on Chestnut Street in Philadelphia, a short walk from CHOP. There are now McDonald Houses across the globe, all enabled by Dr. Evans’ vision. Dr. Evans was also instrumental to the start of the Ronald McDonald Camps for children with cancer and survivors, establishing the program in 1987.

Dr. Evans organized and chaired the inaugural Advances in Neuroblastoma Research (ANR) Meeting in a small conference room at CHOP in May of 1975. This was followed by several additional ANR meetings over the next several years. When similar meetings were organized in Europe in the early 1990’s, Drs. Evans and D’Angio were instrumental in forging the agreement that ANR should be international with rotating meetings every other year. This ultimately led to the Advances in Neuroblastoma Research Association to organize biannual meetings rotating across the globe that are now attended by hundreds of top pediatric oncologists and scientists. The last in person meeting in 2018 had 476 abstracts presented and she will certainly be missed at the ANR meeting 2023 in Amsterdam where her seminal contributions to our understanding of neuroblastoma will be celebrated.

Dr. Evans has received essentially every honor possible in the field of pediatric oncology. These include, but are not limited to, the Janeway Award, the American Society of Pediatric Hematology/Oncology Distinguished Career Award, an award from the American Cancer Society, the Spectrum Award of the American Red Cross, the Alpha Delta Kappa International Woman of the Year Award, the Osler Award from the University of Pennsylvania, the Lifetime Achievement Award from the International Society of Paediatric Oncology (with her husband), and most recently, an honorary Fellowship of the Royal College of Physicians of Edinburgh, her Alma Mater.

Audrey married Dan D’Angio just before her 80th birthday in a humble ceremony followed by a cup of tea and then return to work at CHOP. A true Renaissance woman, Audrey will be remembered not only for her groundbreaking work in pediatric oncology, but also for passion for dressage, scuba diving, and her annual early spring trips to Scotland to assist in birthing lambs. After retiring at in 2009, she focused on establishing and nourishing the St. James School for at-risk children in North Philadelphia with Dan’s able assistance. Audrey and Dan spent many wonderful years together on Rittenhouse Square in Philadelphia until his death in their home on September 14, 2018. She died peacefully in the same place with the singular goal of joining him again. 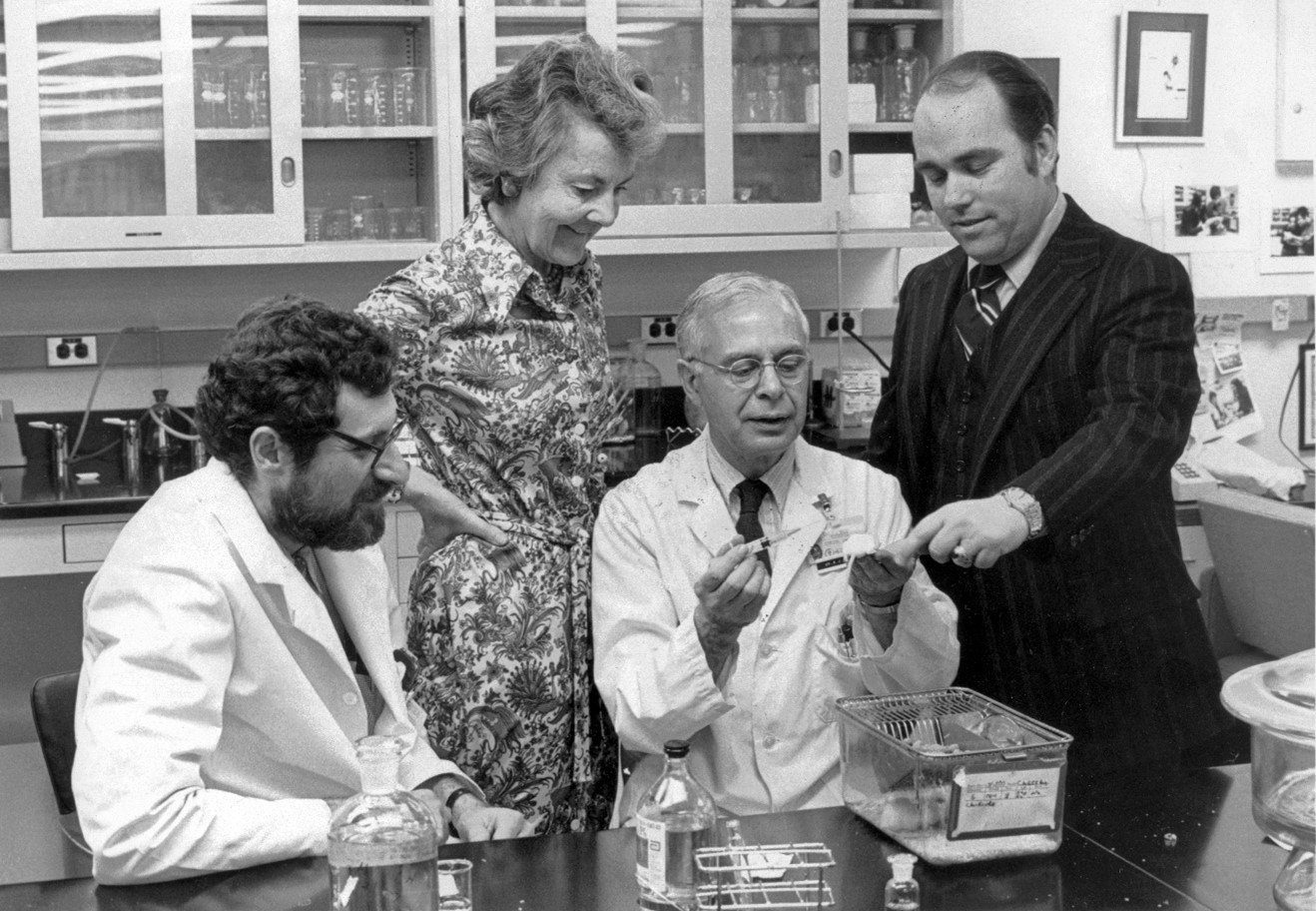 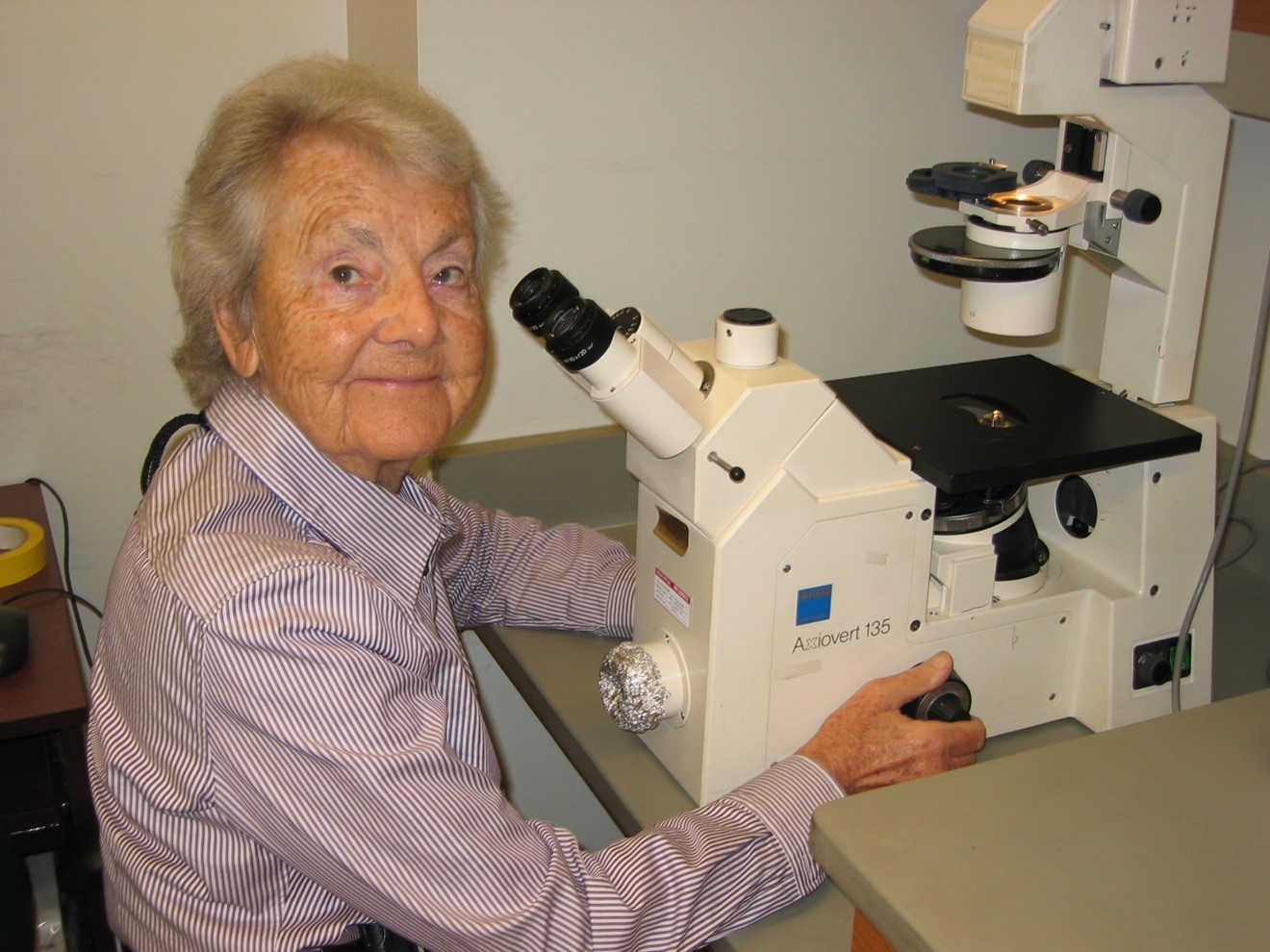 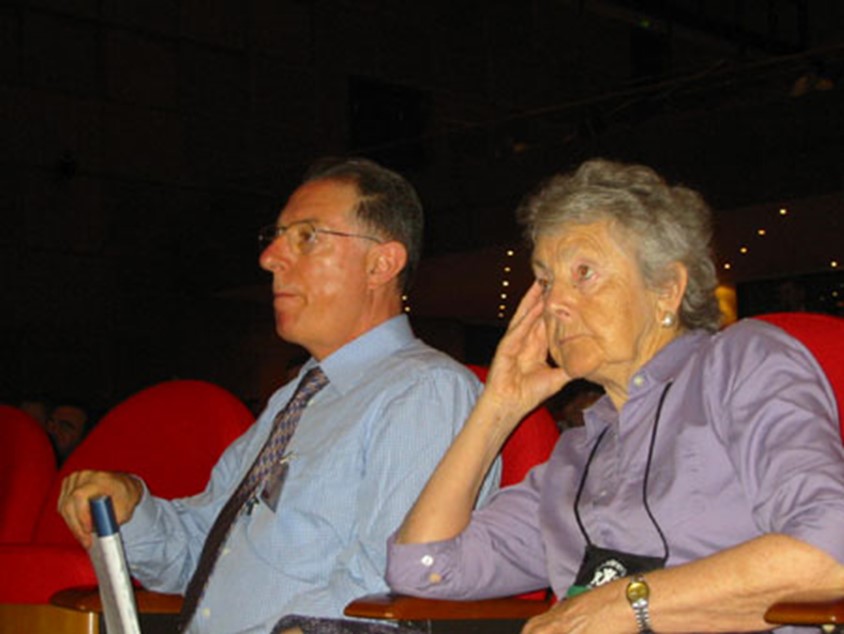 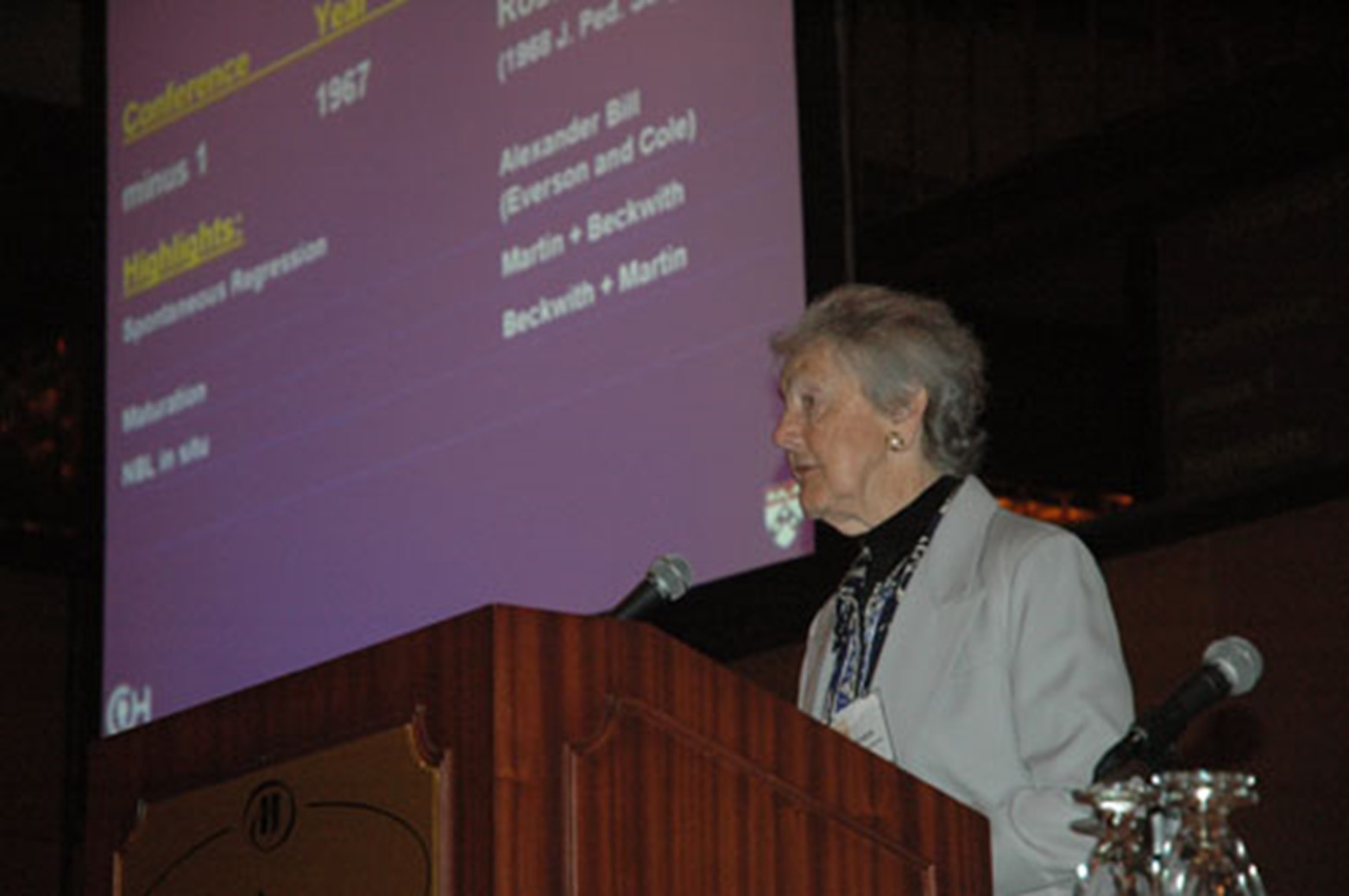 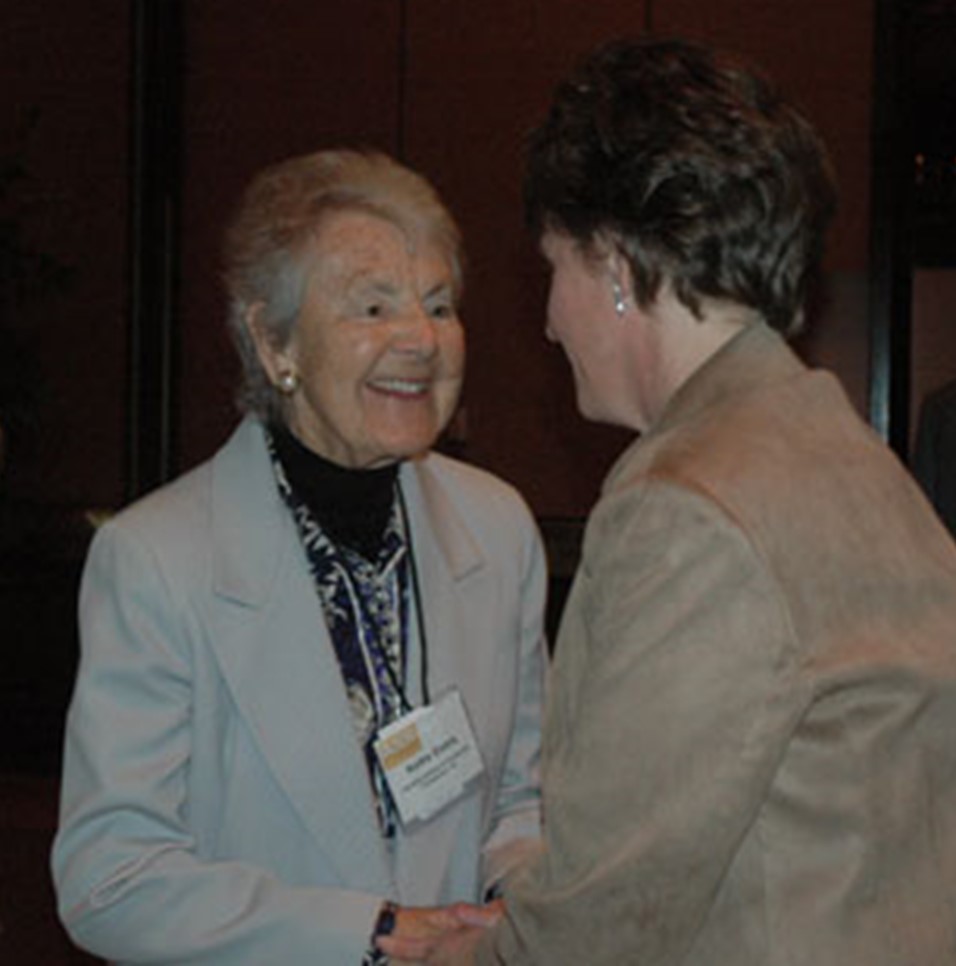 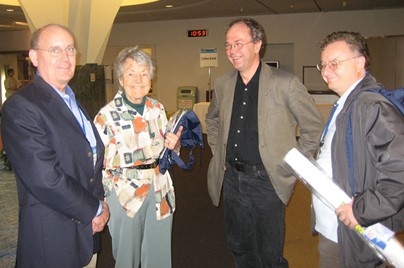 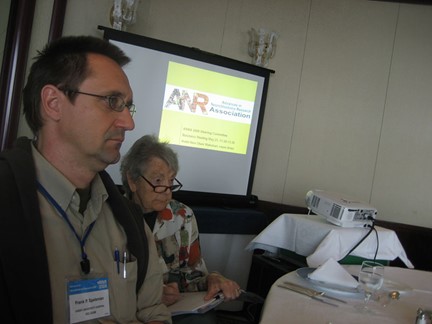 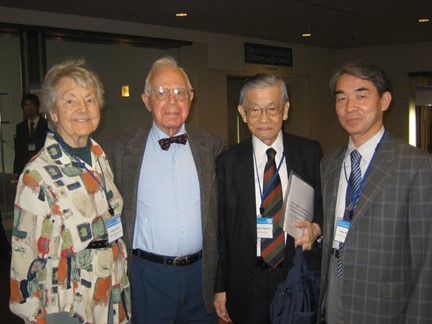 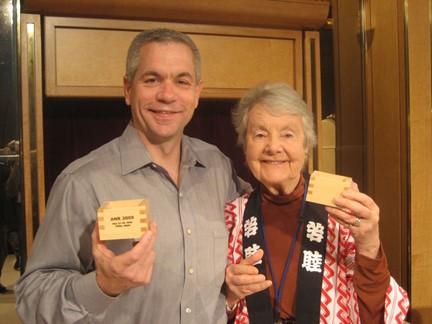 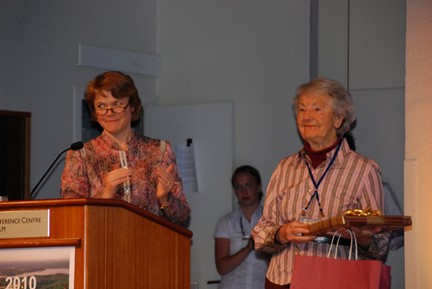 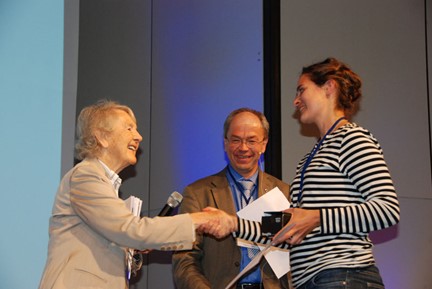 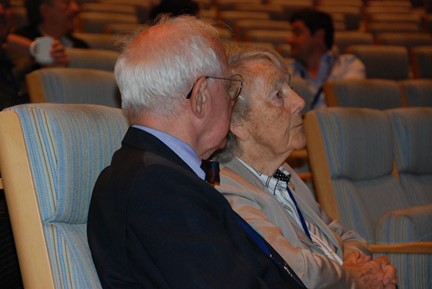